Then He spoke a parable to them, that men always ought to pray and not lose heart, (Luke 18:1) 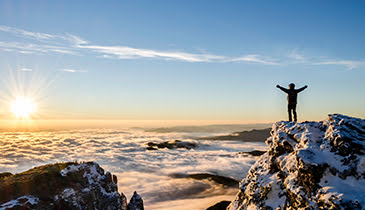 Have you ever wondered why there is such a struggle in the church to get believers to pray? Satan has purposely ramped up demonic opposition towards prayer because he knows that this is the weapon that has the greatest power to push back his forces of darkness in the earth. God’s hands are tied until believers activate the spiritual forces of heaven to act on our behalf. We are waiting on God but He is waiting on us. If Christians knew and began to exercise the power they have been given through agreement in prayer (Mt. 18:19) and truly believe that they will receive what they pray then the mountains of murder, corruption, injustice, sexual immorality, witchcraft and all forms of spiritual bondage would be removed.

So Jesus said to them, “Because of your unbelief; for assuredly, I say to you, if you have faith as a mustard seed, you will say to this mountain, ‘Move from here to there,’ and it will move; and nothing will be impossible for you. (Mt. 17:20, emphasis mine)

The Lord said in Luke 19 that we are to occupy till He comes. Occupation is a military term. To occupy means to infiltrate and win ownership of territory through force. Occupy is not a passive term but an active, even aggressive term. The kingdom of heaven suffers violence and the violent take it by force (Mt. 11:12). Our nation and God are depending on the army of the Living God to override Satan’s authority in the earth!! It is time to do all that we have been told to do in 2 Chronicles 7:14. We have been given the authority and the power. We need to believe we have them and begin to exercise them in Jesus’ name!!

This is a text widget, which allows you to add text or HTML to your sidebar. You can use them to display text, links, images, HTML, or a combination of these. Edit them in the Widget section of the Customizer.